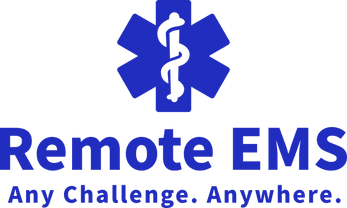 Simple Measures Can Save Many Lives

Uncontrolled bleeding is the leading cause of preventable death after injury, accounting for approximately 40% of trauma-related deaths worldwide. A bleeding victim can die in four or five minutes, so it's important to quickly stop the blood loss. No matter how fast the arrival of professional emergency responders, bystanders will always be first on the scene of an accident or act of terrorism.

Stop The Bleed traces its origins to the Sandy Hook Elementary School shooting in Newtown, Connecticut in 2012. In reviewing autopsy records, a local trauma surgeon determined most victims died as a result of severe blood loss.

Stop The Bleed is must-have training for school district employees or anyone who works in a venue where large numbers of people assemble.

Successful completion of this course is based upon demonstrated proficiency in psychomotor skills. Remote EMS makes reasonable accommodations for students with special needs.

Combining Stop The Bleed with CPR & AED is a great staff training.

This course can be taught at your organization's  or school district's facility.

Take the first step toward earning your Stop The Bleed certification with Remote EMS!

Register For This Course